Exploring The History Of Masquerade Culture in Yorubaland

The masquerade festival is a commonality amongst the Yoruba people of southwest Nigeria. This colourful festive celebration has remained with time and is now a significant aspect of Yoruba culture.

Masquerades are referred to as “egúngún” in the Yoruba dialect. The shortened form of egúngún is Eégún. Masquerades can be described as costumed models with masked faces. Amongst the Yorubas, masquerades is a form of appreciation to dead ancestors. They believe that these ancestors visit the human community. So, masquerades should always be blessed, celebrated and remembered through the display.

For this writeup, you’ll learn about;

The Folklore Behind the Masquerade Celebrations

The Egungun celebration, which features whipping and dancing, is based on a legend. The story has it that a mother who gave birth to many children began losing all her children until she was left with one. This child was 5 years old, and he was named Oju—meaning eyes. Then came a day, Oju wrapped himself in his mother’s clothing—intent to be unrecognised—and he began to dance without rhythm.

After that time, he demanded his mother make him a drum from any object. His mother then took a calabash and made him a drum. She became his drummer. Due to the item the drum was innovated from, plus the mother was not a drummer, the drum often produced unrhythmic sound. The legend had it that the lad wanted his mother to play the drum every day for him, but she could not due to her other entanglements. Not long after, Oju became ill.

The mother, not wanting to lose her remaining child, went to a herbalist. The herbalist gave her some medicine that would cure Oju’s ailment. He also instructed her to give Oju whatever he requested to become fully well.

When the mother got home, she made a sackcloth for him. This cloth covered him from head to toe, leaving only a tiny opening for the eyes. She promised him that he would dance anytime he wanted to and she would drum for him. That period, Oju had the opportunity to dance every day. The more he danced, his health improved.

You can read about: The Conversations African Parents Fail to Have – And the Consequences

Oju grew up to become a respected member of his community. Sadly, he lost his mother. In a bid to show appreciation for his mother’s loving care, he decided to remarkably ccelebrate her death.

On his mother’s first death anniversary, he invited his friends and prepared the food his mother usually made, and he also made sack clothes. He served his friends the food. After they ate, he gave them the sack clothes to wear and instructed them to dance in an unrhythmic fashion. Although there was a skilled drummer who could play good beats, Oju instructed he played unrhythmic beats too.

As years rolled on, Oju continually celebrated his mother this way. Not long, other villagers decided to celebrate their lost loved ones this way. Then it advanced to all families in towns. They organised a single festival to honour all their ancestors. They make prayers during the festival with the belief that masqueraders were selected and given mystical powers by the gods. Their power is used for speaking with the gods and satisfying the ancestors.

The Origin of Masquerades

The Egungun is a secret society amongst the Yoruba people, headed by the Alagba. On a seasonal basis, members of this secret society come out to dance at the marketplace for Timi,the chief. During their dance, they are dressed up in masked costumes, which represent the spirits of their dead ancestors.

Have you seen Yoruba Traditional Wedding Attire in 2021 – Everything you Need to Know Today?

Every year, the oracle decides which spirit should be celebrated. A man would then be chosen to worship his ancestors. Although the chosen man must make a mask, he doesn’t participate in the dance. This man would then take the mask alongside good gifts to the Alagba. After this, the Alagba chooses members of the secret society who would wear the masked costumes and participate in the dance.

For the festival, numerous masquerades gather in a grove close to town before arriving at the marketplace for their dance. They may dance in groups or individually. While dancing, some egungun may leap forward towards the unexpectant audience. The young men—acting as guards—would stand around with whips, wading these spectators away.

Yoruba people also believe that Egungun serve as a mediator between man and his ancestors, as they could carry prayers along to heaven. Take an instance where many barren women often pray to the egungun for children. This egungun may reply either aggressively or warmly. Although the egungun festival often brings fear to the minds of onlookers, it continually reminds them of their ancestors and their guidance.

The Family’s Role in Egungun Rituals

The egungun are either reverenced through festivals—Odun egungun—or as a family ritual.

In a family ritual, the ancestral rites are headed by a family elder known as Alagba. There is no guarantee that he will be initiated into the local Egungun society. If it concerns the whole community, they would delegate trained Egungun priests and initiates to conjure and bring out the spirits of the ancestors. The egungun performers get possessed by a singular ancestral spirit through dancing and drumming.

Through the mimed performance of the costumed priest, the egungun would clean the community spiritually. They demonstrate all the acts of community members, including moral and immoral actions that have taken place since they last visited. This way, they reveal the drawbacks of their clan and also encourage good behaviours. At the end of the festive celebrations, they leave messages for the onlookers and community members.

How do women contribute to Egungun?

Yoruba elders separated the men and women’s roles in the egungun celebration. They believed that women’s power was more dangerous.

Before this time, women were in charge of the egungun. Egungun activity originated from the women’s religious movement. Sadly, they were robbed of the powers of the egungun cult by their male counterparts.

Across Yorubaland, you’ll find a long list of masquerades. These masquerades came to be for diverse reasons, and they also appear only in specific scenarios. While some masquerades are for family rites, others appear for community purposes. Reasons for a masquerade appearance may include the death of a king, harvest periods, war, carnivals, and so on.

A famous adage goes, oju to ba ri Gelede ti de opin iran. It means, “The eyes that have seen Gelede, have seen the ultimate spectacle!”. The Gelede Masquerades are accompanied by singing, dancing, and performance. They entertain the community and mothers (awon iya) especially. They praise and celebrate mothers for their powers. They also bid them to use their powers for exemplary purposes and also for the upliftment of the community.

Eyo masquerades of Lagos are believed to represent the ancestors. They are also referred to as Agogoro Eyo, which means tall Eyo. The Eyo costumes involve a long white-masked robe, a hat, and a symbolic staff, known as Opambata. According to Yoruba legendary folklore, the Eyo served as protectors of a deity nearly stolen by touts.

In ancient times, the Alapansapa was used to fight wars. This masquerade is renowned in Ibadan. It is always expected that Alapasanpa will visit Olubadan—Ibadan monarch. If he doesn’t visit the Olubadan, it implies that the ruler is a bad person, and Ibadan would be devoid of peace and wealth during that period.

The Oladunwo is celebrated by the Okemesi people and is a famous masquerade in Ekiti state. The people believe that this masquerade saved them during the war with the Ijesha—Ekiti Paraapo.

This is a masquerade revered by the people of Ijebu. The Agemo festival is a week-long event that features the appearance of many Agemo masquerades. The Agemo group wears the costume. During the celebration, they dance and perform magical tricks.

Atipako is known for carrying loads. He carries stones, mortar, and pestle on his head. These objects signify blessings. This masquerade is escorted by women and often headed by the Alagba.

Over the years, the Yoruba masquerade culture has remained and has come to be a significant rite of the Yoruba people. Generally, Masquerades are used to celebrate dead ancestors.

Across the different yoruba clans, you’ll find various masquerades. Masquerades such as Gelede, Eyo, Atipako, and so many others. 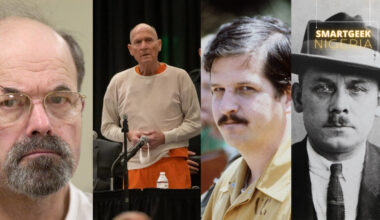 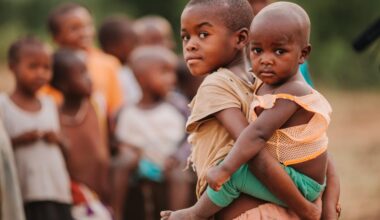 Read More
Here’s a list of orphanages in Lagos with addresses and contacts. Orphanage home is a residential institution, or…
Read More