All you need to know about Festivals in Nigeria

In Nigeria, the calendar is full of festivals and celebrations, both traditional and conventional. Thanks to its many languages, ethnicities, traditions and subcultures, Nigeria offers visitors an infinite set of showpieces, some of which are gradually phasing out and may date back to prehistory. The modern stage shows Nigeria’s undying character – a country that keeps pushing, its cultural fabric interwoven with a long and storied past, but never afraid to break from rigid norms and party hard. In this article, we look at some of the most popular festivals in Nigeria.

Read also: Five Fascinating museums in Africa you have to visit

Founded by Fidelis Duker, this festival offers a contemporary and liberal platform for the filmmakers of the world to exhibit the excellence of the film art form. The aim is mainly to contribute to the understanding and appreciation of cultures of different nations. The awards for this festival include Best Feature, Best Short, Best Documentary, Best Animation, Best experimental, Audience Special Jury Award [non-cash].

Founded by Chioma Ude, AFRIFF is an annual film festival that normally spans through a week and it includes award shows and film training classes. Keith Shiri, the founder/director of Africa at the Pictures is the Artistic Director of the festival. AFRIFF presents a complete immersion into the world of filmmaking with participation from all over Africa and the Diaspora. The awards are Best Feature, Best Documentary, Best Short Film, Best Student Short, Best Animation, Audience Choice, Best Nigerian Film, Best Director, Best Actor, Best Actress, Best Screenplay, and Special Jury Prize.

This Film Festival was created in 2011 to stimulate discourse on issues and experiences that are rooted in the African experience. This way, African stories will also be consumed by those who live them. The film festival grew out of the film programme of The Life House Lagos, a virtual cultural centre. Through an annual festival held in Lagos, Nigeria, Lights, Camera, AFRICA!!! shares a diverse range of African and independent cinema including documentary, feature, and animation, supporting the work of emerging African filmmakers.

The NollywoodWeek Film Festival is the first and only Nigerian film festival organised in Paris and launched in 2013. This is a unique film festival that transports you to Nollywood’s universe through the latest films from current Nigerian directors.

Gidi culture festival is a global African brand born in Lagos, the epicentre of the African music movement. With a global outlook, Gidi Fest is a celebration of the progression of urban youth culture in Africa, expressed through music, food, art, games & travel. It is a multi-day festival filled with live entertainment from a line-up of the best African and international acts, ‘next-gen’ acts which include some of the best emerging artists, parties hosted by the most progressive DJs, experiential zones, a diverse range of African food vendors and more.

Felabration is an annual festival of music and arts commemorating the life and times of Nigeria’s foremost musical icon, the late great Fela Anikulakpo Kuti. The idea and concept of Felabration as an annual celebration of Fela’s music, life and times, originated from his eldest child Yeni who conceived it in 1998. With the exception of 1999, Felabration has taken place annually. Currently Felabration – organised by the Felabration Organising Committee – has grown into a mega week-long musical event in Nigeria that attracts thousands of visitors annually to the New Africa Shrine from all over the world.

The Lagos International Jazz Festival (LIJF) is billed as “Nigeria’s Premier Jazz Festival”. It is staged by Inspiro Productions and designed to offer visitors and residents in Lagos world-class entertainment. The organisers’ long-term goal is still to establish Lagos as a vibrant global jazz tourism destination, alongside cities like Cape Town, Montreal, Montreux, New Orleans, London and Tokyo, among others.

Founded by Flytime Group CEO, Cecil Hammond, in 2018, this is an annual music and comedy festival held at the Eko Convention Center in Lagos. The festival is organised by Flytime Promotions, a subsidiary of the Flytime Group. The weekend-long festival promotes Nigerian music and comedy culture and features both established as well as up-and-coming performers in the entertainment scene. The Festival originated with an experiment on Flytime Promotions’ long-running concert, Rhythm Unplugged in 2017.

Argungu fishing festival is a way of life for the people of Kebbi. The festival preserves tradition and promotes conservation. The annual festival takes place in February and marks the end of the farming season and the start of the fishing season. The festival is a four-day cultural event. It begins with an agricultural show, water sport displays, traditional Kebbawa entertainments and ends with the spectacular fishing competition in the Mata Fadan River.

The Eyo Festival, otherwise known as the Adamu Orisha Play, is a Yoruba festival unique to Lagos. In modern times, it is presented by the people of Lagos as a tourist event and due to its history, is traditionally performed on Lagos Island. The Eyo festival used to be held to escort the soul of a departed Lagos King or Chief and to usher in a new king. On Eyo Day, the main highway in the heart of the city (from the end of Carter Bridge to Tinubu Square) is closed to traffic, allowing for procession from Idumota to the Iga Idunganran palace. The white-clad Eyo masquerades represent the spirits of the dead and are referred to in Yoruba as “agogoro Eyo” (literally: “tall Eyo”).

The Ikeji festival is an annual four-day festival held by the people of Arondizuogu in Imo between March and April to celebrate the harvest of new yams and the Igbo culture. The inception of the Ikeji festival dates back five centuries and is an Igbo festival that unites Igbos across the globe who usually return home for the festival. The festival is marked with the display of numerous masquerades dancing around the villages, music, and practice of the Igbo traditional religion.

The Ojude-Oba festival usually brings the Ijebus together. The native age grades (Regberegbe) converge at the Awujale’s palace to pay homage to the Royal Majesty, the Awujale of Ijebuland and to seek the peace and progress of Ijebuland. The festival is celebrated on the 3rd day after Id-El-Kabir (Ileya). International tourists do come to witness the colourful festival that entails the booming of guns and horse riding by the Baloguns and Olorogu.

The New Yam Festival of the Igbo people (Orureshi in the idoma area, Iwa ji, Iri ji or Ike ji, Otute depending on dialect) is an annual cultural festival by the Igbo people held at the end of the rainy season in early August. The Iri ji festival (literally “new-yam eating“) symbolizes the conclusion of a harvest and the beginning of the next work cycle. The celebration is a very culturally based occasion, tying individual Igbo communities together as essentially agrarian and dependent on yam, the king of crops.

The Durbar festival is an annual religious and equestrian celebration held in Kano, Katsina, Sokoto, Zazzau, Bauchi and Bida. The festival marks the end of Ramadan and also coincides with the Muslim festivities of Eid al-Adha and Eid al-Fitri. It begins with prayers, followed by a colourful parade of the Emir and his entourage on horses, accompanied by musicians, and ending at the Emir’s palace. The Durbar festival has become a major tourist attraction in Northern Nigeria.

TTravel
Read More
Nearly everyone is familiar with museums such as the Museum of Modern Art in New York, the Uffizi…
Read More
TTravel 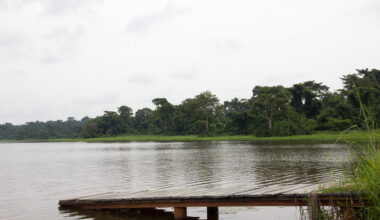 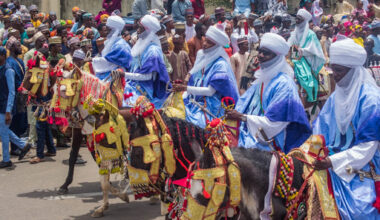 Read More
Traditionally, the people of Northern Nigeria have quite a number of unique values and customs. I have made…
Read More