Sometimes, as a scientist, you have to draw eyes on a bunch of cow butts.

But before you dismiss conservation biologist Dr. Neil Jordan as a cattle-smearing madman, consider what we can potentially gain here: a super-cheap, sustainable way to protect both valuable cattle and threatened lions in the African nation of Botswana, and elsewhere eventually if the strategy proves effective. 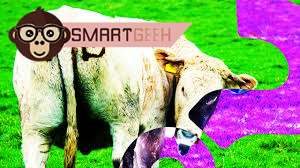 Sure, in an ideal world, humans would go about their business over here and lions would do their thing over there, but the approximate 30,000 lions left in the wild have to coexist with 7.4 billion of us. We sometimes steal their hard-earned kills for our own stew pots, and they help themselves to a little beef when cattle-grazing lands bump up against their nature reserves. As local cattle farmers frequently resort to violent retaliation against the predators, a nonviolent alternative would benefit humans and hulking felines alike. 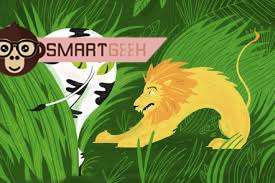 That’s where the painted eyes come into play, transforming a cow’s rump into an unblinking sentry against the pounce. See, lions are ambush hunters, so they’re likely to give up the hunt if their quarry spots them first. That’s the idea, at any rate, backed up by the successful use of human anti-tiger masks in India and the defensive eyespots of various organisms like butterflies.

Jordan, who holds a post with the Botswana Predator Conservation Trust, recently conducted a 10-week trial of the strategy, painting eyes on one-third of a 62-cattle herd. Three unpainted cows wound up as lion chow, but none of the eye-cows fell to predation. He’s currently rolling out a successfully crowdfunded study that entails more cows, 10 GPS cattle trackers and one GPS lion collar.

If the scheme works, farmers in Botswana might just have a new tool to protect both cattle and lions — and all for the cost of some black butt paint.

Do You Know ? The First Documented Emoticon Was Proposed After A Bad Joke