FIFA 2017 is the 24th edition of the series and the growth over the years has been marvelous, so we take a deep look at the evolution of EA Sport’s FIFA Video Game.

There has been a lot of hype hype going around – FIFA Video Game has already being called -the most realistic soccer game that has ever been produced thanks to the Frostbite game engine; similar to the one that powers  top games like Battlefield 4 and Star Wars Battlefront.

Let’s take a deep look at the evolution of FIFA video game over the years.

This was the first ever game from the series, the FIFA International Soccer was a ground-breaking game at the time of its release – the player animations were impressive and the crowd effects were an upgrade on anything that had been seen before

The game was released for the Sega Genesis/Mega Drive console in December 1993 and ported to numerous other systems in 1994 and it was a huge hit, laying the foundations for the FIFA series.

This year edition was a sequel to FIFA International Soccer and the second game in the FIFA series. The first game consisted only of national teams but FIFA 95 introduced clubs from six diffrent leagues across Europe, which made it more interactive.

As at this time EA hasn’t acquired the necessary license to use real players names, as are currently used now, the game used made-up players. FIFA 95 used the same game engine as its predecessor and the gameplay was tweaked a little.

This game was the first game in the FIFA Video Game series to released on the PlayStation, which made it to use real-time 3D graphics. Highlighting the success of the franchise, FIFA was granted a licence to use real players. The game was released on a number of different consoles and formats include some with vastly different graphics capabilities.

That meant that while the PlayStation and Sega Saturn versions of the game made use of the brand new 3D graphics, older consoles like the SNES and Mega Drive simply used an upgraded version of the previous game. However, it was on the PlayStation that FIFA 96 gained its most positive reception, and this would be the console that the game would be most closely associated with.

FIFA 97 was the fourth game in the FIFA Video Game Series. The game engine made use of polygonal models for the first time as opposed to the 2D sprites used in FIFA Soccer ’96– this provided the gameplay with a far more realistic look. This was the first of the series to offer commentary and it was done by John Motson and Andy Gray while the presenter was Des Lynam.

The previous game recieved loads of criticism, EA decided to work on an improvement for the 1998 eddition of the series. The graphics was improved a bit especially due to the introduction of improved artificial intelligence, customization options and a soundtrack that really made the difference.

One big step was achieved in this game, that was the scale of the games dedication to a realistic presentation of the World biggest soccer tournament – The World Cup. All 172 national teams who took part in the official competition were included in the game.

The graphics improvements for FIFA 99 were very very impressive. For the first time, the players’ faces were animated and heights were used. This version also featured also features a league called the “European Dream League”- a generic version of the Champions League, in which top teams from Europe battle it out in a league format.

There wasn’t much of an improvement on the FIFA 2000, but more leagues and players was added to the database. During this particular period it was difficult for FIFA due to harsh criticisms and mixed reviews it got because a lot thought the game was simply too easy to score.

There wasn’t so much about the FiFA 2001, only that the game’s debut on the PlayStation 2 .

Things where getting better for the series at this period, there wasn’t a big change in the game only that the gameplay was improved. All wasn’t so good even tho, Pro Evolution Soccer launched  and received exceptional reviews. PES outsold FIFA. This was a big wake-up call for FIFA Video Game.

With a genuine rival that is very capable of overtaking them as the number one football game in the world, they made big changes for the 2003 edition. The graphics upgrades were exceptional, it was the best ever created in aspect of graphics. All aspects of players’ physiques were taken into account and the animations were jaw-dropping. But in terms of gameplay it still lagged behind its PES rival.

Competition appeared to be good for FIFA. Around the turn of the millennium it was completely dominating the football video game marketplace.

The release of the FIFA 2004 was greeted with great anticipation due to the success of the previous edition, but alas! FIFA was a mess this year and PES was winning all the review.

In order to win back it’s fan base EA Sports released this edition of the series earlier than expected and it helped it boost sales, but critics still considered PES the king. It was also the final FIFA title to be released on the original PlayStation.

After taking a big dive in previous years, EA Sport decided to make a big and necessary change to the game, which was very vital if it still wished to regain dominance of the marketplace.

Team chemistry and player AI were upgraded significantly. The game also saw a change in commentary with Clive Tyldesley and Andy Gray taking over from John Motson and Ally McCoist.

Even with the upgrade to the series, it was still lagging behind. Sales were still strong for the EA game but every year PES was gaining the critical acclaim where FIFA saw mixed reviews. But as FIFA 2007 settled into the new game engine, steady improvements were being noticed.

2008 was FIFA’s debut on the PlayStation 3 – a chance to establish a strong position on a new console. The brand new ‘Be a Pro’ mode allowed players to control a single footballer throughout the match. PES’ transition to the was not as smooth. 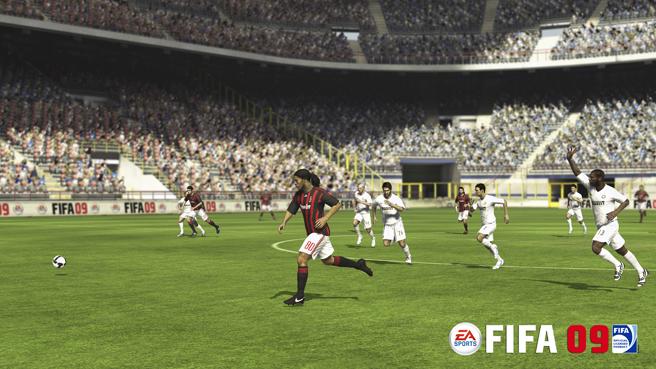 Gradually the series started regaining it former reputation in the marketplace. FIFA 2009 concentrated solely on improving realism and responsiveness. Weather conditions were improved and specific details like weight, power and speed were used to simulate more life-like collisions between players on the pitch. The Ultimate Team allows players to create their own teams buying, selling and trading players. A huge difference in the 2010 edition of the FIFA Video Game series is the implementation of 360-degree player control – previously players only had 8-direction control. Now FIFA had really hit its stride again; not only was it hugely outperforming PES both in terms of sales and its critical reception. Selling more than 10 million copies, FIFA 2010 was the most popular in FIFA Video Game history at the time. For the 2012 version of the game, the game once again placed an emphasis on upgrading the realism. Bringing in an advanced physics engine that took into account player statistics as a part of every physical interaction on the pitch as well as revolutionising the dribbling and defending systems. The FIFA Video Game was becoming a hit gradually. 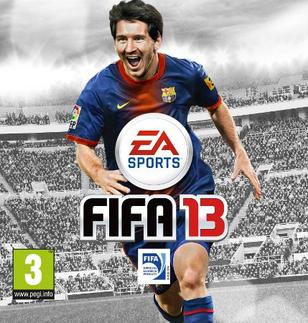 This was the first game in the series to be compatible with PlayStation Move and Kinect. Once again it seemed that theseries has fallen into something of a slump. While the 2013 edition had sold well, players were becoming tired with the small tweaked upgrades, rather than seeing anything new. Thankfully the eighth generation of consoles forced the game to reinvent itself. Bringing in the new Ignite game engine, not only were the graphics significantly upgraded but the gameplay was given a huge boost, with improvements to AI and player motion. The nee edition continued a run of very strong games, upgrading the exceptional work on its counterpart from the previous year. This is the first title in the series – and the first mainstream football video game – to feature female athletes. Once again it outperformed PES in terms of sales but slipped a little its terms of its critical reception. The 2017 edition of the game will be the first to incorporate the Frostbite game engine. It’s also set to feature a story mode called ‘The Journey’ in which players will take on the role of fictional 17-year-old player Alex Hunter and attempt to guide him to success in the Premier League.

The 5 Best Gaming Smartphones in 2016