Who is Sydney Talker; What you need to know about the Nigerian Instagram comedian

Anthony Robbins said “It’s not what we do once in a while that shapes our lives. It’s what we do consistently.” In order to stay relevant in the entertainment scene here in Nigeria and I’d like to say in the world consistency is really important. And, when it comes to making a tough crowd as Nigerians laugh consistency can only get thus far.

With that said, one viral Instagram comedian by the name of Sydney Talker has struck the balance between consistency and the natural talent of making people laugh. His talent and illustrative facial expressions have given him the title of top Nigerian Instagram comedian.

His affluent creativity in addressing social issues with farce has seen him become one of Nigerians top Instagram influencers.

How does a computer-science undergraduate from the University of Benin become one of the top viral comedians to come out of Nigeria?

Sydney Egere was born on October 12th, 1995. Right from being a kid, he always had a knack for computers and was fascinated by the idea of Cinematography. Born of Edo descent Sydney Talker grew up with his mother after she divorced his father while he was a kid.

Despite this, he still kept recording videos and posting them on Instagram. He got his big break in 2016 when he made a skit called ‘The Poor Power Supply’ which ended being his call to fame.

I remember when I first saw a skit from Sydney Talker, It was slapstick comedy at its best and one thing that stood out were his facial expressions. In the earlier years of his career he was advised by Nigerian movie star, Toyin Abraham to stick to his facial expressions because that’s what makes him standout from the pack.

Often called the ‘The Nigerian Mr. Bean’ his facial expressions and funny videos have gotten him nationwide recognition and his 2.2 million followers on Instagram serve as enough proof. For me, I’d say he’s the Nigerian King Bach because they have the same comedic characteristics.

At the beginning of his career, Sydney just made comedy skits in a white towel and he built his comedy around that. Until his meeting with Toyin, he is nicknamed the Towel guy because of his distinct white towel in his videos. Asides from comedy, Sydney also a dancer and he post videos of him dancing in the midst of traffic. This is a sort of promotion for the songs he dances to

In 2018 He made a parody of the This is America video by Childish Gambino titled This is Uniben where he sang about his experience in the school. Later that year he announced his Nigerian E-Television improvisational series called BADMOUT where rappers go head to head dissing one another.

The show was inspired by Nick Cannon’s Wild’N Out. The show was also based in Uniben. The show has featured the popular Nigerian comedian Bovi. This show has been well received by his 53k subscribers on YouTube. He has also starred in a comedic series with Basketmouth & Bovi.

He becomes the ambassador for Chiji14xchange a company that deals in cryptocurrency and gift-cards sales. His skit with the platinum artist Davido earned him more popularity and a follow. Numerous brands have him run adverts on his page to appeal to his followers. Some of these brands are; OctaFX, Vski, Wazobet, Trophy, Nivea, and, Natnudofoods just to name a few

Sydney Talker’s has attained heights that upcoming viral comedians only dream about. Sometime towards the end of 2019 he and other Instagram viral comedians like, Nasty Blaq, Broda Shaggi, Okiki Dft, Boy Ryan just to name a few flew to Dubai to dance for a popular Nigerian singer Teni at the One Africa feast in Dubai.

Tons of Nigerian celebrities and comedians see what an immense Sydney is that they take to his comment sections to show their reactions to his videos. He has also featured in other things aside from comedy skits. Mayorkun, a Nigerian artist featured him and his gang of funnies in his video titled GENG.

While some other celebrities want to be a part of the action. In some of his skits star, A-lists Nigerian acts like Donjazzy, Davido, Big Brother Lockdown Finalist Nengi. He eventually got to shot his first short movie called Tithe and it was received well by his fans.

Well, there’s no record of him having a car but he uses numerous cars in his dance videos. In terms of owning a house, It seems like he’s got an apartment on the Lekki part of Lagos but it might not be for him alone. As for his net worth, it is around the $250,000 mark.

IInfluencers
Clarion Chukwurah has over the years become a household name. Those who have been around the Nigerian film…
Read More
MMusic 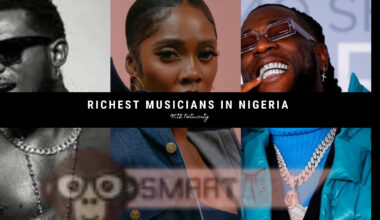 Read More
Nigeria is a beautiful country with many rising stars and talents. We are renowned for our food,…
Read More
CCuriosity
Read More
In the last ten years, Nollywood has seen the rise of some of the most talented movie stars.…
Read More
IInfluencers 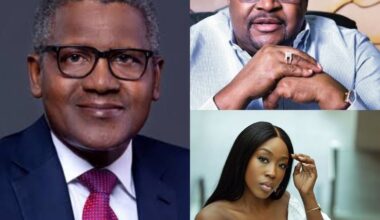 Read More
If you’re making this search, it probably means you’re curious about the Nigerian celebrities born in April, whether…
Read More