At first it looks like we won’t be receiving the video calling feature on whatsapp, but today the feature we’ve all been waiting for s finally here:  free video chatting for all.

The same day, we also got updates that Microsoft has added a new feature to it’s video calling app, Skype.  Microsoft said that Skype fans can now access a video-conferencing guest account without registering for a login via its Web app.

The Facebook-owned chat service has had users testing the services in beta version, over the couple of months– an indication that a public debut was around the corner.  Today the service officially launched video calling for its over 1 billion users worldwide on iOS, Android and Windows Phone.

The feature might have arrived late on the messaging app, but it hasn’t affected the massive user base of the app in the last few years. Whatsapp is already catching up with a number of rivals, like Facebook Messenger, Skype, Apple’s FaceTime, Viber, LINE and Google’s recently launched Duo.

We want it to be simple. We want to make sure people understand how video calls can be done. That’s been the model for everything we’ve developed at WhatsApp.

How to use the Video Calling Feature on WhatsApp

All you need to do is to hit the  the call button in the top right corner of a conversation, it then brings out a section asking if you want voice or video calling, to start video call you have to select video. You can also switch camera during the call, mute the call or hang up by using the large red button.

With Microsoft’s announcement it seems the company found out that there are many video-conferencing apps that don’t require users to register. Now users can get a link to a conversation via the homepage and invite guest to join the conference conversation via a link either through the app or as a guest from the Web.

With the new updates, Microsoft says that, up to 300 people can chat and 25 people can join a call. 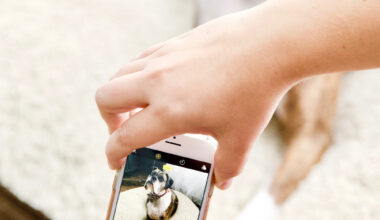