Top 10 Most Dangerous Dog Breeds in the World

Contents hide
1 Dogs are supposed to be man’s best friend right? Well, true that. However, some can be quite dangerous and can cause serious injuries to the owner. This article provides a list of the 10 most dangerous dog breeds in the world.
1.1 You own a dog and you are wondering if it might hurt you someday? Or maybe you are considering getting a dog and you want to know the type to avoid. Whichever of the two categories you fall into, you are in the right place.
2 1. Akita
3 2. Boxer
4 3. Bully Kutta
5 4. Great Danes
6 5. Wolf Hybrid
7 6. Chow Chows
8 7. Bullmastiff
9 8. German Shepherd
10 9. Rottweilers
11 10. Pitbulls
11.1 Like this:

Dogs are supposed to be man’s best friend right? Well, true that. However, some can be quite dangerous and can cause serious injuries to the owner. This article provides a list of the 10 most dangerous dog breeds in the world.

You own a dog and you are wondering if it might hurt you someday? Or maybe you are considering getting a dog and you want to know the type to avoid. Whichever of the two categories you fall into, you are in the right place.

Naturally, some dog breeds exhibit violent behaviors and can cause great harm to victims compared to others. These are the dogs we term as “dangerous”.

Certain dogs have had a terrible reputation due to their aggressive nature in dealing with what they consider to be threats.

By the way, finding your dog type here does not mean you should go get rid of it. No, far from it. The truth is that through domestications and severe training, these aggressive canines can be domesticated and controlled, especially by dog trainers.

Nevertheless, for “non dog-trainers” like me and you, we need to be careful of these animals and make sure we don’t cross their paths. For those who have little knowledge about dogs, you know the Pitbulls and Rottweilers should be on these list as they are popularly known to cause dog fatalities and injuries.

Therefore, our list of The World’s 10 Most Dangerous Dog Breeds focuses on the potential ability of a dog to cause serious injury to a victim. It should also be noted that most dogs act according to how they are trained to behave. Thus most dogs incidents can be linked to improper animal training.

Akitas are very bold dogs. They are not all that dangerous as they can be easily controlled with little training.

Akitas are large breed of cute and intelligent dogs. Just like most dogs, they are not so dangerous unless trained to act like that. They can also be controlled with proper training.

The Akitas originated from the mountainous northern regions of Japan. They are very territorial and should never live together with another Akita of the same gender.

Even with the name, Boxer breed of dogs are usually not aggressive, but are intelligent and a little hard to train. 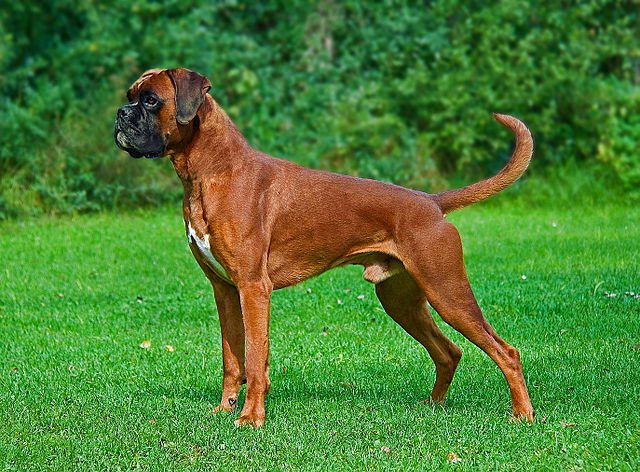 During the World War I, they were used as hunting dogs due to their strong jaws and biting abilities. They are also a very good breed of dog to protect your home if you need any extra security. Boxer breed of dog originated from Germany and can grow fast as they are always bright and energetic.

The Bully Kutta or Alangu Mastiff is an extremely aggressive dog that is usually used as fighting dogs in some part of the world.

Please, ensure your kids are far away from this dog breed as they are very aggressive in dealing with threats. The muscular stance of the Bully Kutta is tough alone to scare you.  These dogs are predominantly white. However, combination of other colours is also not uncommon.

The Great Danes are also known as the “Apollo of dogs”. 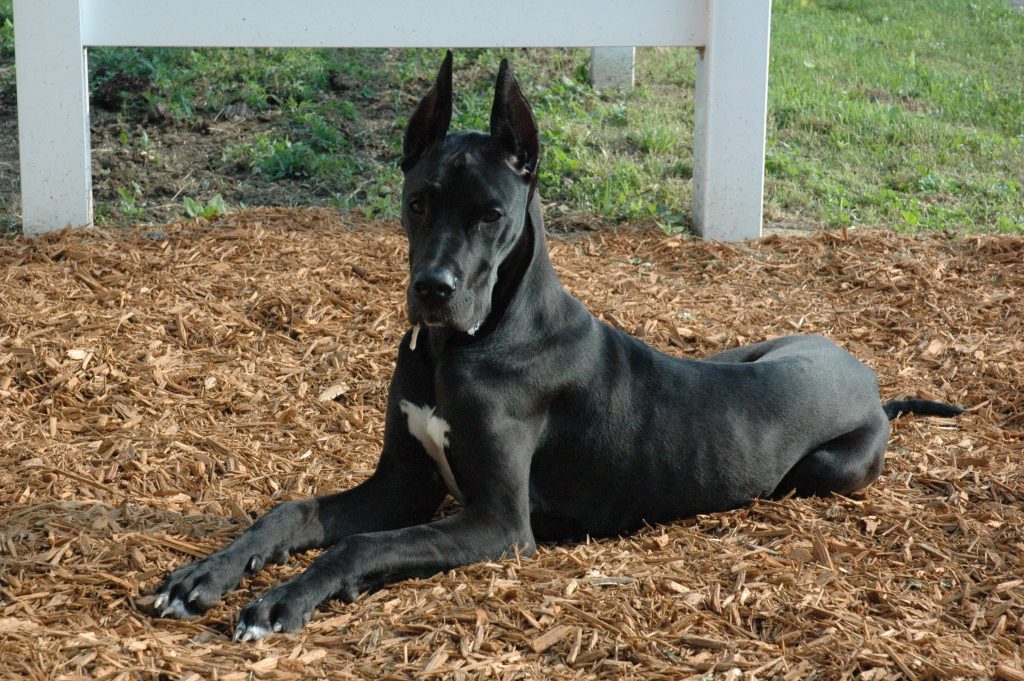 They are very unique and gigantic creatures. They would always capture your attention anywhere they go due to their size of around 200 pounds.

With their size, they imbibe fear into any upcoming threat or opponent. These breed of dogs require tough training processes as they are known to rebel often and require a long walk. If not well trained, you know the rest.

As we all know that all dogs are from wolves, but many of dogs species are still being crossbred with these wild animals.

Due to the nature of these dogs so many states in the US has banned the idea of owning a wolf hybrid as they are responsible for more than 16 deaths in the country till date. 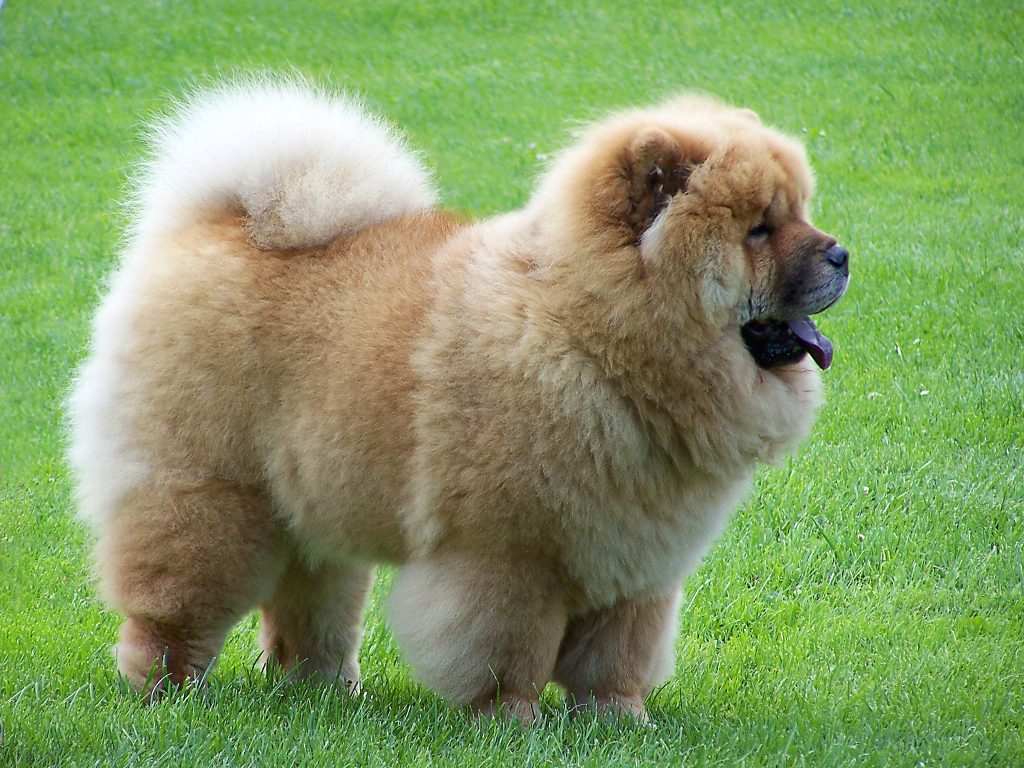 The Chow Chows Breed of dogs can be extremely aggressive when their owners are attacked. It weighs around 70 lbs.

The Bullmastiff is one breed of dog that would scare you off your heels due to its scary size.

They are naturally aggressive and require very constant and tough training to keep them obedient. They can weigh up to 150 pounds at times and they are often used as guard dogs in security companies. There have been reported cases of Bullmastiff killing teenagers in America.

It is known that the bite of a German Shepherd has the force of over 1,000 newtons and are known to also attack smaller dogs. 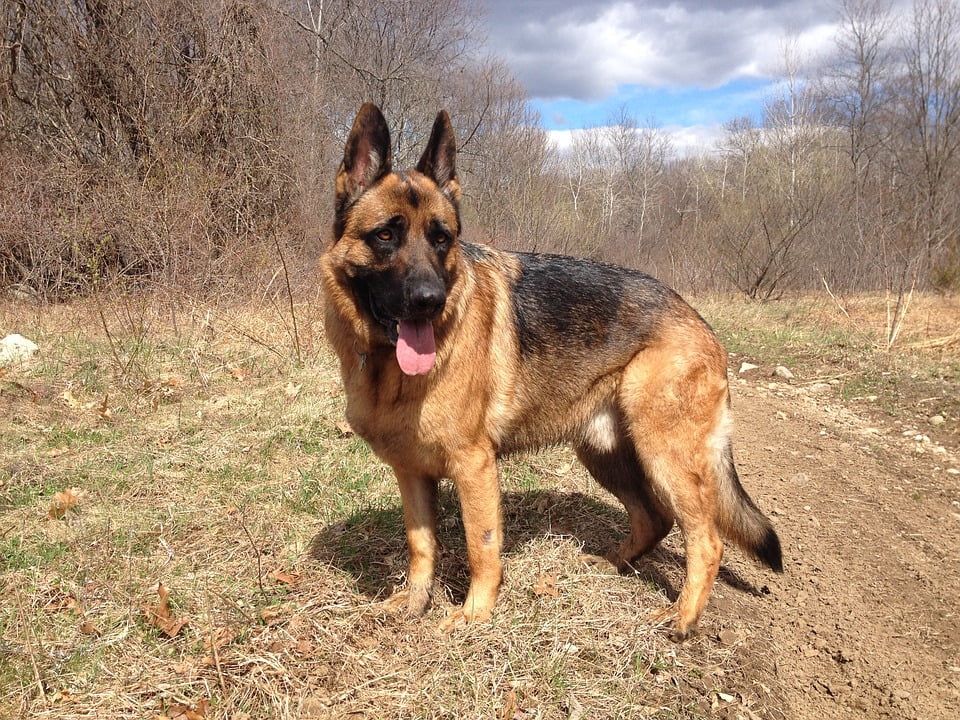 You must have heard of the German Shepherd breed of dogs, as they are popularly used as police dogs these days.

Even though the German Shepherd can be aggressive, they can also be man’s best friends if trained well. They are also known as extreme hair shredder.

Everyone has heard about the powress of a Rottweiler.

Everyone has heard about the prowess of a Rottweiler and it is why it occupies the second position on this list of “Nigeria’s Top 10 Most Dangerous Dog Breeds.” They are also known as territorial dogs and can help you secure your home with great efficiency, most owners feel they are soft but trust me, an untrained Rottweiler is the worst thing you can wish for in your life.

The breed’s astounding strength makes it all the more dangerous. A Rottweiler has an extremely powerful bite: 1,180–1,460 newtons.

In our list of “Nigeria’s Top 10 Most Dangerous Dog Breeds.”, the Pitbull breed of dogs takes the gold prize.

These breed of dogs have caused lots of deaths across the planet, even some countries and states have decided to ban breeding of Pitbulls except when required license are obtained.

They require extensive and proper training to prevent aggressive outbursts. A study released in 1991 found that 94% of the attacks on children by pit bulls were unprovoked.

How many of these dogs have you encountered in Nigeria? Comment below & Don’t forget to share with your friends.

Read More
To Drug dealers out there, crime does pay even if it involves risky activities. Over the years the…
Read More
CCuriosity

Read More
The Nigerian music industry has seen a lot of prominent musicians rise in the last decade. They have…
Read More