This is an update to https://smartgeek.ng/watch-anime-series-nigerian/

What are the top Anime movies a Nigerian fan needs to see?

As an Anime lover in Nigeria, finding the right anime series or movie to watch can be difficult. Well, that’s the reason we researched and compiled a list of Anime movies that you will find interesting. Keep reading this post to discover the best anime movies that Nigerians would love.

Nigerians have expressed their deep love for Anime movies and Japanese culture. They have gone as far as hosting anime conventions in different parts of Nigeria. In return, the Japanese have rolled out a lot of amazing new anime for you to watch.

Let’s take a look at the top 7 anime you should watch before the year ends.

Kimetsu no Yaiba, simply means blade of demon destruction. Demon Slayer is an anime series that made an account of two siblings – Tanjiro and Nezuko Kamado. These siblings were the only surviving members of a family which was wiped out by demons. As they were, slowly becoming demons themselves, they had to seek a solution. For this cause, they joined a group called the demon slayer corps – this team has been waging war against demons for years.

The story’s setting was in Taishō-era Japan.

This anime’s concept was from a manga series with the same title. Manga means ‘comics’ in Japanese.

Jujutsu Kaisen came out originally in 2018 as a manga series. This manga series was written by Gege Akutami. It had 17 volumes and was published by Shueisha. After the comic version, then the animated version came in 2020. It was written and published by Hiroshi Seko and Sunghoo Park. This anime movie has been widely accepted all over the world. And has been highly rated by top anime platforms.

In the Jujutsu Kaisen community, curses exist in every human, but they not control the curses. Only the Jujutsu Kaisen sorcerers could control the flow of the energy of the curse. The movie, Jujutsu Kaisen narrates the experiences of a young boy called Yuji Itadori. This boy joined a cult club in school. While practising, they accidentally summoned a mystical spirit, and they were attacked. In an attempt to save his friends, Yuji Itadori accidentally swallowed a decomposed finger. After that, he became possessed by the King of all curses- Sukuna.

Jujutsu Kaisen is a Japanese word that means “Sorcery fight”. So, get prepared to experience humour and horror, in this amazing anime series.

The odd taxi also pronounced as “Oddo Takushi ” in Hepburn is a highly recommended anime series for Nigerians. The Odd Taxi is based on a Manga written by Kazuya Konomoto. Kazuya is also the scriptwriter for this anime movie. This movie is characterised by a mix of jokes, twists, and mystery. It was characterised by animals that portrayed human attributes, and it was shot in Tokyo.

The main character was Odokowa. Odokowa was a 41 years old asocial taxi driver, who drove his riders around Tokyo. During some of his rides, he engaged with his riders in diverse conversations. These conversations led to the unfolding of the mystery surrounding a missing schoolgirl. Due to his engagements in these conversations, the police and the Yakuza are tracking leads to him.

For a striking anime experience -the connection, emotions, and twists- you should watch the Odd Taxi. This movie truly was odd.

The main character, Eren, and his friends – Mikassa and Armin- fought against the titans that attacked their hometown. This fight began when the Titans breached their city walls, destroyed the city, and killed Eren’s mother. So, in an attempt to revenge, Elen joined a group of soldiers called the Survey corps.

The anime AOT accounts for the experiences of Eren and his fight against the titans. This movie is packed with action, post-apocalyptic, and dark fantasy.

The final season for the AOT anime series is expected to premiere on January 10, 2022.

Like many of the anime movies and series on this list, Death note was adapted from a manga series. This manga series was originally written and illustrated by Tsugumi Ohba and Takeshi Obata, respectively.

The young Light Yagami discovered a mysterious book owned by Shinigami Ryuk. This mystical notebook had the power to kill anyone whose name was written in it. On discovering the powers of the book, Yagami decided to use it to eradicate crime. He took on the pseudonym, Kira, to remain undisclosed. However, detective L of the Japanese police task force decided to trail and apprehend the god-like killer Kira.

In addition to the manga series, Death Note also has mobile games with a similar concept to the movie.

Edward and Alphonse Elric were two brothers who lost their bodies, in an attempt to save their mothers. Fullmetal Alchemist chronicles the experiences of these brothers, as they went in search of the philosopher’s stone. They needed the stone to regain their physical bodies.

The first anime series ended in a different way from the manga. This series had a sequel, which was titled Conqueror of Shamballa. However, in 2009, a new anime series was made broadcast. The story was in line and ended with the original manga series. It was titled Fullmetal Alchemist: The brotherhood (FAMB).

Even though Naruto is the last on this list, it is a great Anime every anime fan would love. The anime series educates its viewers on hope, aspiration and dreams.

The main character, Naruto Uzumaki, dared to become the head of his clan(Hokage). The young lad experienced challenges on his path to becoming the Hokage. One of which was having the Dangerous monster ( The nine tails) in him, all through his journeys.

The anime had two parts, which featured – his pre-teen life, and his teenage life experiences. Naruto is a must-watch for every anime lover in Nigeria.

Now that you have seen the list of top anime movies recommended for every anime fan in Nigeria. Let’s answer some of your questions.

The #1 Anime of 2021, that every Nigerian should see, is OddTaxi. This movie is loaded with dry jokes and mystery. You should check out the summary here.

Where can I watch Anime in Nigeria?

You can stream and watch anime from Netflix, kissanime, and Hulu

Can I use Crunchyroll in Nigeria?

Like many other American companies, Crunchyroll is currently restricted to Nigerians. However, you can stream movies from Netflix.

We’ve highlighted the best anime of all time, that every anime fan in Nigeria should watch before the year ends. Our top anime of 2021 is oddbook, and Jujutsu Kaisen is a must-watch for anime fans.

Which Anime series would you be watching next? Did you expect to see an anime movie? 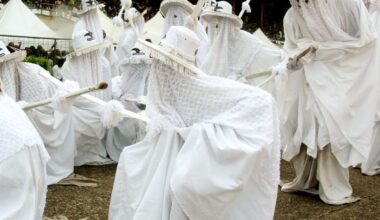