Smartphones these days have been pretty bleak and I’m as a smartphone enthusiast, I think that’s essential, not just in terms of user experience but as a smartphone company. I’d like to think that there are certain benchmarks phones are set to meet before they are released for public consumption and personally speaking I think the wow factor should be criteria that should be considered.

With that said, I’d like to introduce you to the not so boring Samsung Fold. A smartphone and then some. Here you’ll get to find out all there is about this piece of smartphone ingenuity and its costs in Nigeria.

The Samsung Fold Price in Nigeria

You can get your hands on the Samsung Fold for just ₦840,000 in Nigeria.

Considering the evolution of smartphone design over the years, having a phone that can serve as a phone and a tablet seems like the least of our problems but the deed has been done and there’s no going back. In terms of its design, the Samsung Fold is cutting edge. The 7.3-inch Infinity Flex Dynamic AMOLED display is what immediately catches your eye when in tablet mode.

One would think that two phones sandwiched as one will certainly have the bulk to it but it doesn’t. Even with another 4.6-inch Super AMOLED display in front, the Samsung Fold feels comfortable to hold. Despite the intricate engineering that went into creating this beast productivity device Samsung did a good job in keeping those intricacies small so it didn’t affect the overall form factor of this device with it weighing just 276 g.

Another thing that had me at sheer amazement was the sophisticated hinge system of the Samsung Fold and before you say Oh, there’s nothing really fancy to it slide and flip phones did it first I’m going to stop you right there and ask; Did any of those phones have to 7.3-inch screen? I,m sure you know the answer to that.

With the amount of time we spend on our phones, there are some doubts as to how long it can withstand the strain of everyday use well, Samsung said that the hinge mechanism hidden in its spine of the Samsung Fold consists of various interlocking gears that are able to withstand the folding and unfolding of the device.

They ran a stress test which had machines fold and unfold the phone 200,000 times just to prove their point. I’d hate to be those machines. So unless you want to get this device to test what happens at number 200,001 this seems like a solid investment.

Imagine how you can do three to four things on your computer at a time without breaking a sweat? Now imagine that only smaller and less everything else. The Samsung Fold is your go-to device in terms of speed and productivity. With tailored apps like Goggle maps, WhatsApp and YouTube you can take advantage of its three-app multitasking feature.

Watch a video, text on WhatsApp and use your browser simultaneously That’s not all, productivity never looked this good until now with four colours to choose from in  Cosmos Black, Space Silver, Martian Green, or Astro Blue. Who says you can’t be productive and stylish at the same time. Also, experience app continuity across all three screens without missing any action.

You should expect Samsung to come correct and deliver high-end specs on such a high-end device. I’m so excited to find out what this baby is packing under the hood.

Power! Power!! Power!!! and am not making reference to the Tv-series when I say this. I mean the Qualcomm Snapdragon 855. No better chipset to power such an unorthodox design together with 12GB of RAM is just an insane amount of power for a phone. This has moved from being a phone and is at the summit of being called a computer. But to be fair, the need for 12GB RAM is crucial to running three apps simultaneously anything less will be a travesty.

With each passing paragraph, I’m more and more convinced that we are dealing with a computer and not a phone. This machine reads data two times faster than any smartphone with its 512GB storage. Still not convinced?

Now to the part, we’ve all been wondering, How did they do it? How did they make a foldable battery? Well, I guess we are just going to have to keep wondering because that’s not the case on the Samsung Fold.

Apparently, it has two batteries. One on each side of the Samsung Fold sounds less exciting as a foldable battery but I guess that also works. The flagship device comes in two versions. A 5G enabled model with a 4.235mAh battery and an LTE model with a 4,380mAh. It is not a mistake people the 5G model has more juice than the LTE model. Shocking!

No QuickCharge 4.0 or 3.0 sorry guys. Samsung’s relationship with QuickCharge 2.0 extends to the Samsung Fold but with some perks which is the introduction of the Wireless Powershare. A headline feature of the Galaxy S10 that allows you to charge your Galaxy Buds case with your phone.

So with all the high-end tech that went into making a folding phone, you’d expect Samsung to go full-on gengepress with the camera on this device and they did slapping six lenses on the Samsung Fold.

The first lens is a 10-megapixel selfie camera hovering above the 4.6-inch Super AMOLED front display. With an aperture of f/2.2, and a field-of-view (FOV) of 80-degrees you would help but wonder if they could have gone a bit higher with the megapixels.

Video recording capabilities are outstanding on the Samsung Fold with the ability to record 4K UHD footage at 60 frames-per-second (fps) and super slow-motion video at 960 fps. You’ll also have features like Flaw detection that tells you if the subject moves or blinks, a Scene Optimizer that focuses on the environment of the subject to give you the best possible outcome for every picture taken and AR emoji that allows you to create lifelike emojis the mimics your facial expression and body movements.

Full Specifications of The Samsung Fold

Davido’s Rise To Stardom, Net Worth, and Other Information You Should Know

TTechnology
Read More
Are they too expensive and complicated? Many drivers are still skeptical about purchasing an electric car, although the concerns…
Read More
TTechnology 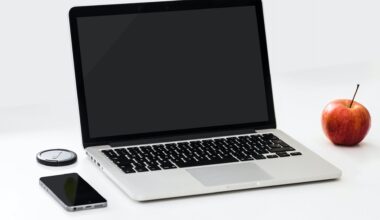 Read More
You will agree with me that finding the best laptop isn’t as easy as it seems, especially when…
Read More
TTechnology 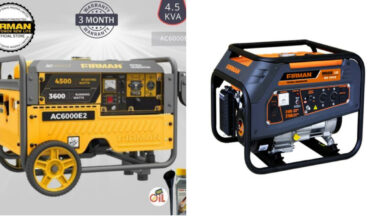 Read More
Finding the best generator that suits your needs is crucial. In times of infrequent power supply and low…
Read More
TTechnology
Read More
Drone photography in Nigeria has gained widespread adoption and is also becoming increasingly popular with photographers. This perspective from…
Read More