Are you planning to buy the Oculus Quest 2? Then make sure you read this detailed and thorough review. Oculus Quest 2 provides the greatest and latest virtual reality experience accessible in the market today.

It enables you to immerse yourself in a broad spectrum of virtual reality titles without any cables. What’s more, the new headset offers improvements across the board, making it more powerful, smaller, and lighter than the original Oculus Quest. It also boasts a strong Snapdragon XR2 process, a 50% screen with more pixels, and 6GB of RAM. It can also be utilized as a headset for PCVR via Oculus Link. That makes it one of the best VR devices in the market today.

This post intends to break down the Oculus Quest 2 on a much technical level. It also clarifies the things you can and cannot do along with the headset, the specs powering it, and how it compares to previous headsets. Allow this review and buying guide to take more of a hands-on approach, concentrating on how all such specs and improvements come together if you are the one using it.

So, are you ready to find out more? Brace yourself, and let’s dive in!

The Oculus Quest 2, like its predecessor, is a standalone virtual reality headset that needs nothing more than a charging cable, AA batteries, and plenty of room to swing a virtual cat. Inside the box, you will get a spacer for glasses wearers, a charging cable, two controllers, and a headset.

The Quest 2 utilizes a smartphone process to operate the game you play, instead of depending upon a gaming PC. in that case, that is the Qualcomm Snapdragon XR2. In case you didn’t know, it is a variant of the Snapdragon 865 seen in the recent premium Android smartphones.

The enhanced Touch Controllers have some convenient modifications apart from feeling better in hand. They receive better battery life, a redesigned battery compartment, and improved haptic feedback, unlike the original Oculus Quest’s Touch Controllers. The new ones also provide a dedicated thumb rest.

The Oculus Quest 2 features a white headset, which is a bit smaller and lighter compared to the original version. The white Touch Controllers feature black accents and buttons as well. On top of that, you will love the soft touch strap, which will make it more comfortable to wear. You can buy an Elite Strap for this device that lowers the pressure from the headset’s front.

It Oculus 2 also features a physical lens adjustment system. However, it is much different from the original version. That’s because it has three IPD settings of 68mm, 63mm, and 58mm. It has a USB-C port and works smoothly with Oculus Link. That similar port can be utilized for charging from a battery bank or a plug. We also love how it provides a built-in speaker on its body and its straps on the headphone jack.

Of course, the Oculus Quest 2 is backwards compatible along with many Oculus Quest games. In fact, the social media giant Facebook confirms that every game of the original version will seamlessly work on Quest 2. Moreover, most of the game will look so much better on the two compared to its predecessors.

The Oculus Quest 2 makes enhancements over its predecessors, especially when we talk about the memory. That’s especially true even though those are less significant than its stunning predecessor. It has a bigger RAM of 6GB. It also comes in two different models, 256GB and 64GB, when it comes to storage.

Did you know that the Quest 2 could play PCVR games in different ways? One thing to keep in mind is that the headset works along with Oculus Link. That means you can play different PCVR games on your headset once you connect Quest 2 to a PC along with a UBS-C cable together with the proper specs.

Maybe you are one of those who want a wireless setup. Lucky for you, there is an application referred to as Virtual Desktop allowing you to stream different PCVR games to your Quest 2. We recommend having a Wi-Fi 6 network to get the best experience with that setup.

It’s worth mentioning as well that the Oculus Link emphasizes more on the Quest 2, compared to the original version.

Recently, Facebook broadcasted different Oculus Quest 2 accessories together with its launch. That includes a Quest 2 Fit Pack and Quest 2 Elite Strap, which supports the headset to better fit the user’s face. Aside from that, you will also find partner accessories from Logitech, consisting of both in-ear and over-ear headphones for the Quest 2. How awesome is that?

It’s worth mentioning as well that the Quest 2 could play each game from the original Oculus Quest. That only indicates that all games confirmed for Oculus Quest will smoothly and successfully work on the improved and new Quest 2.

Further, the game developer can create different games much better by improving them for Quest 2. Doing this benefits the improved hardware of the headset, making the game much better looking and faster.

As mentioned earlier, the Quest 2 can utilize Oculus Link. That suggests you can freely play PCVR titles, especially when the headset is associated to a PC with plenty of power to run it.

The Quest 2 began shipping on October 13 this year. You can purchase it from different retailers such as Facebook, Walmart, Best Buy, and Amazon.

Keep in mind that the device begins at 299 USD. That is 100 bucks lower than the original version. You will also find two different storage configurations: the 299 USD model comes along with a 64GB of storage. There is also a 256GB storage that is available for 399 USD.

This section aims to answer some of your frequently asked questions when buying Oculus Quest 2.

Do I need to get an Oculus Link USB Cable?

Keep in mind that an Oculus Link cable is a high-speed fiber optic cable. It functions to link your compatible gaming PC to your Oculus Quest 2. Basically, it transforms your Quest into an Oculus Rift and offers it access to the massive game library.

Are you a casual player? Then it’s worth remembering that you don’t need that cable. In fact, the device itself is awesome even without the cable. Nonetheless, it’s worth the money, especially for those VR buffs and hardcore gamers.

What are accessories do I need to get?

Below are the essential accessories you may want to consider so you can take advantage of the best playing experience:

Google Chromecast. Remember that Quest 2 can stream to a Google Chromecast. It’s a device, which enables you to plug into any monitor or TV with an HDMI port, allowing you to stream any content at your convenience.
That simply suggests you can show the content to other people on what is happening inside your headset while playing at the same time. A Google Chromecast is beneficial and ideal if you like to add your friends to the fun but do not like to share the headset for some hygiene and safety reasons.

Facial linings. Note that Quest 2 is fitted with a foam faceplate that is suitably comfortable for reasonable usage. You may like to invest in a replacement faceplate covering, especially if you are into your gaming and prefer to spend a huge amount of time playing VR.
But don’t forget that the original Quest faceplate replacement will not work along with the new Quest 2 because of the big variances in shape. Therefore, we recommend that you get the best cover for your specific model.

Straps. The Quest 2 comes with two head strap add-ons – the Elite Battery Strap and the Elite Strap. The latter is a robust, ergonomic strap that has a counterbalance. It helps boost support and balance with a fast twist of the fit wheel. Remember that that isn’t essential. However, it will be a good addition, especially if you are a hardcore VR enthusiast.

Which Oculus Quest 2 model should I pick?

We already mentioned it earlier. You will find two types of models of Quest 2. The reasonable option is available at 2900 USD and has a 64GB of storage. Meanwhile, the expensive version comes with a 256GB storage and is available at 399 USD. Apart from the storage, both of these models have the same headsets.

So, which of these storage options should you pick? The additional storage will allow you to get more apps and games on your device. Quest experiences are a bit small. It ranges from under 1GB to 3GB. However, VR content is anticipated to become better as it gets classier and more advanced.

Is it necessary to purchase a case?

Anyone who has the existing Quest will understand how important it is to show other people how awesome standalone VR is, especially after trying it. Are you those who like to bring your Quest 2 out with you and show it off to other people? Then getting a case is highly suggested.

You can purchase a case from the official website of Oculus. If you don’t want to go there, you will find a plethora of options online. Do keep in mind that other cases will not be compatible with Quest 2’s measurement. Hence, always do the checking. Check before making your purchase.

To sum up, the Oculus Quest 2 takes all things you loved about the original version. The ease of use, the powerful game library, and the cable-free experience was improved. That is what a VR headset must be, so easy, powerful, and lightweight that mainstream adoption becomes more an expectation and less a hope. Furthermore, the lowered price will go some way as well.

There you have it! This is our detailed and comprehensive review and buying guide of Quest 2. We hope this post have been helpful and informative to you. What are your thoughts about this post? Feel free to leave your insights with us by leaving your comments below.

Transfer and recharge USSD codes for all banks in Nigeria

Who is Sophie Alakija Rammal? Comprehensive details about the Nollywood star.

TTechnology
Read More
UI/UX design is a highly competitive field, there are tons of first class designers out there. Being on…
Read More
TTechnology 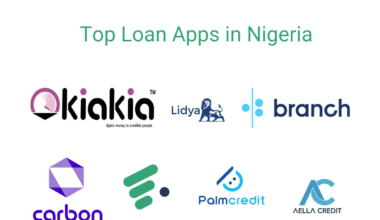 Read More
You’ll agree with me that; A good loan can do a lot for your business and personal finance.…
Read More
TTechnology 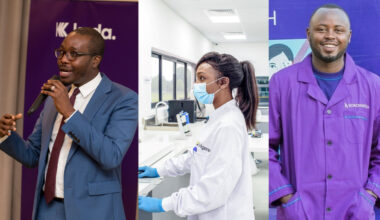 Read More
The World Economic Forum has identified young African startups as leading the way in cutting-edge sectors. Some weak…
Read More
TTechnology
Read More
The billionaire’s supporters follow him – no matter where. He fired the rally of the Dogecoin crypto currency with…
Read More