From a business point of view, influencers are people who have the power to affect purchasing decisions due to their authority, knowledge, relationship or position.

Broadly speaking though, Influencers are people who lead conversations and who have a way of impacting others. Reminds me of Paul Lazarsfeld et al’s Two-Step Flow Model of Communication which stipulates that “mass media content first reaches ‘opinion leaders,’ people who are active media users and who collect, interpret, and diffuse the meaning of media messages to less-active media consumers”.

This theory pretty much summarizes the work and impact of social media influencers. Let’s leave the theories for Communication students and focus on why we are here. Who are the biggest influencers on Twitter in 2019?

Before I list them out, you should know that the criteria for the list are based on the number of times their tweets were retweeted and how often they get mentioned (@’d) in tweets. And by the way, I didn’t come up with this list myself. Adrian Ciesielski, Head of Twitter Sales and Ops in Africa had tweeted the list along with some other interesting stats about Twitter Nigeria and the rest of Africa.

Ladies and gentlemen, your 2019 Top 10 Twitter Influencers in Nigeria:

President Muhammadu Buhari is the most influential person on Twitter Nigeria in 2019 and this comes as no surprise. Twitter is a tool for driving social, economic and political conversations and as the number one citizen and commander in chief of the armed of forces, the president gets tagged a lot in these conversations.

No doubt this current administration has been rocked with many controversies, from domestic to political. In other words, the president is almost always in the news. And can anything be called news these days if it has not trended on Twitter?

The Sowore arrest and re-arrest, proposed social media/hate speech bill and continuous disobedience of court orders sure played a key role in all of these.

So, deservedly, President or Gen… Muhammadu Buhari is the most popular influencer on Twitter in 2019.

What a year 2019 has been for this man. He recently became the first-ever Nigerian to be named LinkedIn Top Voice and now this.

Known as Ogbeni Dipo on Twitter, Dr Dipo Awojide is a Senior Lecturer in Strategy, Nottingham Business School, UK (yeah, he is not based in Nigeria). Despite not living here, he contributes to conversations about the country more than most of us here.

He is not without controversies too. Many active users will remember how he was in a heated argument with another “top voice” on Twitter (@AbdulMahmud01) sometime this year.

His niche on Twitter is basically career, personal development and a bit of politics. He has a start-up (BTDT Hub) dedicated to helping Nigerians in their career growth.

The fact this man, who adds so much value on Twitter, is still not verified is one of the reasons I will never understand the criteria for this verification thing. But what do I know?

I was tempted to write his real name, but I figured most people on “the street” know him by his twitter handle, Segalink. Still curious about how he came up with that name; guess I will ask him someday.

Segun Awosanya is one of the geniuses using social media as a tool for social and political change. That sounds like a project topic yeah? Indeed, you can write your final year thesis on this man as there is more than enough to say.

He is the convener of #EndSars, a popular movement on social media calling for the abolition of the infamous Special Anti-Robbery Squad (SARS). This is due to the fact that the arm of Police has become a threat to the lives of young Nigerians and is responsible for the sudden deaths of many.

Using his influence, Sega has helped in rescuing many young Nigerians from those tormentors and getting justice for them (making sure the officers involved get punished). This explains why he gets tagged a lot under tweets on police harassment.

He also was involved in controversy recently as he was allegedly called out for fraud. Though it was apparent his accusers were just jealous of his popularity and wished they were in his shoes, so anything to dent his image.

Lol. No, I made no mistake, @ is one of the most popular ‘influencers’ on Twitter for a number of reasons. First, some users may want to tag a handle but would just end up typing @. Others would want to tag but would put a space between @ and the username. In some other cases, autocorrect does the job.

But in most cases, people use the @ character as a verb. You may have come across something like “just @ me with your chest” In other words, they are asking to be tagged or mentioned. All of these helped put @ at number 4 on the list of top 10 influencers on Twitter Nigeria in 2019.

Talk of creativity, wittiness, humour and sarcasm, this guy has it all. The Edo Boy in his name and recent tweet on Johnny Drille suggests he is based in Edo. This guy constantly creates highly and funny stories from events that would leave anyone stunned. One of the most common replies under his tweets is “what goes on in your head”, a proof to how his creativity leaves everyone wondering.

Kindly retweet and read through 🙏🏼

See, John loved to sing right? He sang in popsi’s church, taught himself to produce and…

His bio says he is a Ghostwriter, Lazy Artist and Lazy Dancer. But he is clearly an influencer and has worked with some of the biggest brands in the country (and most likely outside the country).

Nigeria had its last general election in 2019 and former Vice President Atiku Abubakar was PDP’s presidential candidate. Well, he is not Nigeria’s president today, so apparently he lost to President Buhari. A loss he and his supporters argued was contrary to the people’s decision at the polls.

Nigeria has two main political parties, PDP and APC and voters are mainly divided across these two parties. The presidential elections and the subsequent court cases challenging the election birthed the #atikuiscoming hashtag. All of these explain Atiku’s popularity on Twitter the last 365 days.

The PDP flagbearer lost the election and even lost at the tribunals, but has not stopped lending his voice to crucial social and political conversations. There are even recent debates on whether or not he should PDP flagbearer in 2023, a discussion that should irritate any well-meaning young Nigerian.

Davido has been at the top of his game for close to a decade now and he doesn’t seem to be slowing down. This was evident in how well he’s been able to hold it down in 2019. Major highlights of 2019 for Davido:

Bemigho Reno Omokri is a Nigerian lawyer and author. He rose to fame during the administration of former President Goodluck Jonathan where he served as Special Assistant to the President on New Media.

A lot of other people who served with him under Goodluck, including the then Vice President Namadi Sambo, seemed to have lost their relevance after they lost to APC in 2015. But this has not been the case with Omokri. He almost always has something to say about everything, most of the times criticising the government of the day.

Also, he is one of those constantly putting pressure on the government through the #FreeLeahSharibu hashtag to secure the release of Leah Sharibu, one of the Dapchi schoolgirls kidnapped by Boko Haram in 2018. She was kidnapped along with 109 other girls who have now been released except her.

I personally knew Valking because of his constant attack on DJ Cuppy. Seeing him on the list comes at a surprise to me though, didn’t think he is this big. Apparently he is, I’ve just been ignorant. I take my L in peace.

If Pamilerin can get slapped by Peruzzi because of an old tweet, I wonder what Dj Cuppy will do to Valking 😂😂

A digital marketer and social media influencer who helps brands reach their audience on Twitter. He looks like a trouble maker so I won’t be shocked to read about his controversies. But I currently don’t know of any.

Reality TV show, Big Brother Naija went down this year and it would definitely be up there as one of the major talking points of 2019. I mean, who would forget all the dramas in that house – Tacha vs Mercy, Khaffi and Ghedoni, Mercy and Ike, Tuoyo the stripper, Seyi the Sugar daddy, Warri boy Omashola, Mike the Lord of Cruise and not forgetting Frodd and Esther.

So it comes as no surprise that the official twitter handle of the reality tv show gets dragged into conversations a lot. Especially after the controversial eviction of Tacha. We are still living with the consequence of that action till date (am I communicating?)

So, there you have it. These 10 guys are the biggest influencers on Twitter Nigeria in 2019, we wait to see what changes would occur in 2020.

Who were you expecting to see on the list that didn’t make it? Let’s know in the comments. 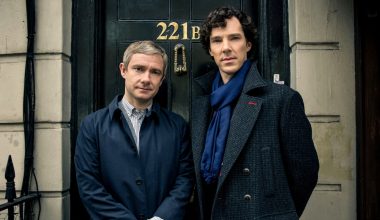 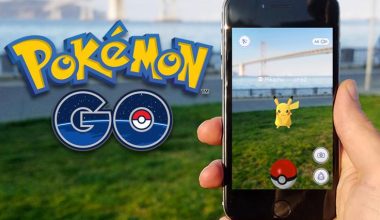 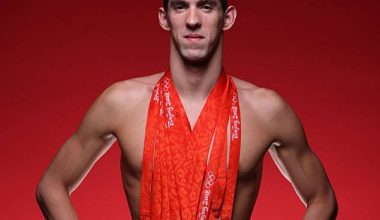