Nearly everyone is familiar with museums such as the Museum of Modern Art in New York, the Uffizi Gallery in Florence, or the Louvre in Paris. There are also many museums on the African continent, all of which are very interesting and cover different topics. While some show the tradition and culture of their country, others focus on contemporary art. On this list, we have included the museums that are well worth your time.

More information about the Iziko Museum.

Zinsou Foundation in Ouidah, Benin, is the place to be if you are a fan of contemporary African art. The Zinsou Foundation was launched in 2005 to promote and support Benin artists and their works. Zinsou Foundation exhibitions were visited by around four million people between 2005 and 2013. Those who cannot travel to Benin can download the mobile phone application “Wakpon”, which allows them to visit the exhibition virtually.

More information about the Zinsou Foundation.

More information about the Museum of Modern Art in Algiers

Gorée Island in Senegal provided hundreds of thousands of slaves to Europe during the 18th century. It is this sad past that is memorialized by the House of Slaves, a building dating back to 1776. The enormous “Gate of No Return”, through which thousands of people entered the ships bound for Europe, is particularly impressive – and oppressive. In memory of this dark chapter in history, both Nelson Mandela and Pope John Paul II walked through this gate.

More information about the house of the slaves

To display Tanzanian culture in all its diversity, the Village Museum has taken on the task. Visitors can experience the customs and way of life of different populations at the open-air museum. The museum refutes the widely held misconception that Africa is a unified whole and instead emphasizes the diverse nature of the continent.

More information about the museum

All you need to know about Festivals in Nigeria

Read More
You’ll agree with me that parties are a significant part of Nigerian culture. Due to this fact, there…
Read More
TTravel
Read More
Have you visited a restaurant and the experience was terrible? You are not alone. A lot of new…
Read More
TTravel 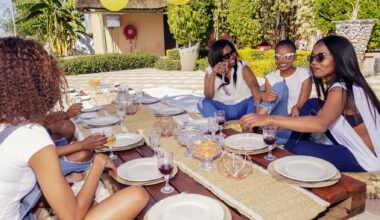 Read More
Nigeria’s Detty December Do you wonder, “What’s all the fuss about detty December?” The short answer is that…
Read More
TTravel
Read More
In Nigeria, the calendar is full of festivals and celebrations, both traditional and conventional. Thanks to its many…
Read More