The billionaire’s supporters follow him – no matter where. He fired the rally of the Dogecoin crypto currency with a tweet.

With a tweet, Elon Musk triggered a run on a little-known cryptocurrency. According to the website Conmarketcap.com, the price of Dogecoin rose by around 50 percent on Thursday to $ 0.02610.

The head of the electric car manufacturer Tesla, who is called “Papa Musk” by his followers, had previously posted the word “Doge” on Twitter with a picture of a moon rocket. He then wrote: “Dogecoin is the people’s cryptocurrency.

Musk is well respected among his followers, both as a social media player and as a businessman, said Neil Wilson, chief analyst at online broker Markets.com. “People literally invest in him and his ideas.” What it is about does not matter. Last week, Musk helped Bitcoin, the oldest and most important cryptocurrency to surge in price, when he simply posted “#bitcoin” in his Twitter biography.

The current rally in the Internet currency Dogecoin, started as a joke, will turn out to be a flash in the pan, warned analyst Timo Emden of Emden Research. “For investors, the market environment at Dogecoin is similar to going to the casino.”

Dogecoin is derived from the cryptocurrency Litecoin and was originally intended as a parody of Bitcoin. Unlike there, the number of digital coins that can be generated through mining is not limited. Users provide computing capacity for encrypting transactions and are rewarded in the corresponding crypto currency. Since the encryption of Dogecoin is simpler, transactions can be processed faster than with Bitcoin or Litecoin. 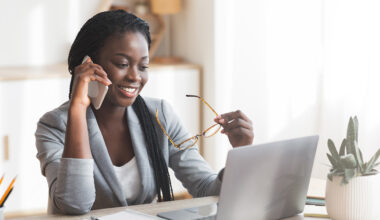 Read More
If you want to be a “Tech bro” but you have zero interest for coding, I have made…
Read More