Food is essential for everything living on this planet. Without it, one could suffer malnutrition, starvation, and ultimately death. Now that we’ve established how crucial nourishment is, what happens when you are in diaspora and you can’t find food that you are used to?

Imagine not being able to smell locust beans Iru, or taste stockfish in a steaming bowl Efo riro. I’m salivating just thinking about it.

The more time you spend without these Naija foods the more evident it becomes as your hair begins to fall out and… Just teasing nothing like that happens you just have to keep eating burgers and fries or you make it yourself but it just wouldn’t taste the same.

Being Nigerian in another country has tons of pros but one common con across all in the diaspora is the lack thereof Naija food and that’s what prompted this article. What are the 6 Naija Foods popular among Nigerians in Diaspora? Well, stick with us and you’ll find out.

Kicking off the list is The number one, The champion in the words of Baba Rex. Rice undergoes 45 to 50 mins baptism in blended tomatoes, onions, scotch bonnet peppers, chicken or meat stock, veggies(optional), and spices.

Common across parts of West Africa like Nigeria and Ghana, this cuisine is capable of bringing a smile to your face and tears running down your cheek if properly prepared. Crowned as the guest of honor at Nigerian parties and celebrations. Party Jollof is a must-have at Nigerian weddings and birthday parties.

This meal is very versatile and can be paired with fried fish, Moi moi, chicken, turkey, dodo (fried plantains) the list of possible combinations are endless and you can’t say that about many meals. It is the most popular Naija food on the list.

Jollof rice is popular among people in the diaspora and the world due to the migration of Nigerians to these parts and the constant bickering between Ghanaians and Nigerians on who has the better Jollof answer Nigeria. Next!

Pronounced Foo-Foo, not Few-Few is an acquired taste. Its sour taste is something if not prepared for becomes a bitter experience for first-timers.

Made mainly from cassava and indigenous to West Africa fufu is classified as “swallow” because that’s the main action in the consumption. Its soft, doughy texture makes it easy to eat.

Fufu had its fair share of fame when a trend called “fufuchallenge” on Tiktoc saw it garner mixed reactions from Africans and Nigeria in the diaspora. This trend took it beyond the borders of Africa to Europe without a passport nor a visa. It also became the most talked-about Naija food for a brief period.

Best enjoyed with groundnut soup, egusi (melon soup), or efo riro. Method of consumption is by using your hand to grab a morsel of fufu in your hand, roll it into a ball then press a hollow hole in it, then use it to scoop some soup and enjoy (my method). You’re welcome.

When you google “popular Nigerian foods” or anything of the sort komo never comes up. For those who eat it and are in the diaspora kpomo is something they’d miss. I know I’d miss it and I most definitely will try to smuggle some when I do travel to my country Canada.

Cow skin or komo made from the part of a cow that is used for making leather. The komo goes through different methods of tenderization before it is read for human consumption. Boiling and Burning methods are used for softening and the latter had been said to be hazardous to the health due to the heating methods.

For as long as I could remember, while I was a kid I was made to believe that komo had zero nutrients in it and was just for the satisfaction. Well, this has been added to the “things I was told as a kid but turned out to be false” list.

It turns out cow skin contains a protein called collagen that is important for holding bones as well as tissues in place.Komo is enjoyed by everyone regardless of where they are on the social ladder.

Appreciated for the flavor it adds when included in native soup and its ability to stand as a cuisine on its own when covered in a scotch bonnet and onion dressing. This is a Naija food that does not exist outside Nigeria and would be and should be common among Nigerians in the diaspora and is on this list because of the lack thereof overseas.

The ultimate tag team champions of all Nigerian meal combinations. Pounded yam isn’t the same without the latter. Will the latter does its own thing. This is a meal that is very common among Nigerians in the diaspora.

Due to the violent pounding of boiled yam involved in the preparation of the pounded yam, those in the diaspora would rather opt for the processed easy-stir alternative called pound but nothing beats the original.

Like the Fufu, the pounded yam finds itself in the swallow category but it’s the best of the lot. Chose as the “best food” of so many Nigerians the swallow is best enjoyed with melon soup made from egusi (blended melon seeds), ugu (water leaves) in a tomato, onion and scotch bonnet sauce. A must serve at Nigerian weddings. Pounded yam and egusi have earned the most luxurious swallow title.

This is also another top-tier swallow.  Not necessarily as good as for aforementioned but a worthy challenger nonetheless. It is also an acquired taste.

Amala or Yam flour is made from dried up yam that is then blended into a smooth powdered form. Gbegiri and Ewedu on the other hand, are separate soups made different but taste divine when paired together. The first is made from peeled beans that are blended, boiled with palm oil and seasoned. While the latter is a sticky soup made from blended Jute mellow leaves.

This makes it onto the list based on the merit of the previous two. The fact that those in the diaspora can’t get their hands on it because such ingredients used in making them are limited.

This food is what I’d like to call a supplementary meal. It can stand on its own but rarely does. This pudding type dish is made from a mixture of washed and boiled black eyed beans,  seasoned by onions, scotch bonnet peppers, fish and hard-boiled eggs.

This pudding originated for  Western Nigeria and can be enjoyed with Jollof rice, custard,Ogi (Mazie pudding) and bread. It’s a staple dish in Nigeria served and quite popular among Nigerians.

5 Ways to get through the Harmattan season 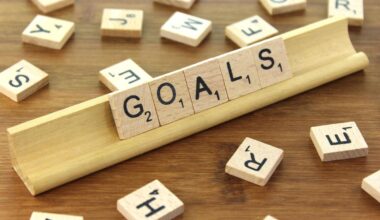 Read More
Just as science has provided us with a series of steps on how to solve a scientific problem…
Read More
TTips and How-Tos
Read More
Growing up, watching movies series and cartoons were one of my favourite things. Right after chores on Saturday,…
Read More